All Collections
Working with tasks
How do I make a subtask more detailed?

How do I make a subtask more detailed?

When a task becomes too large to undertake in its whole, it is obvious that it should be broken down into subtasks. Subtasks, in fact, are a terrific method to split down work into smaller chunks.

To better track the progress of a task, Nutcache allows you to break down existing tasks into very detailed subtasks.

The ability to detail a subtask is available from the parent task.

Who can use this feature?

This feature is available to members with the status of regular member or higher.

How do I add information to a subtask?

Once you've created a subtask from the task, simply click on it to reveal more subtask options or use one of the shortcuts displayed on the preview - estimated time, planned dates and assignee. 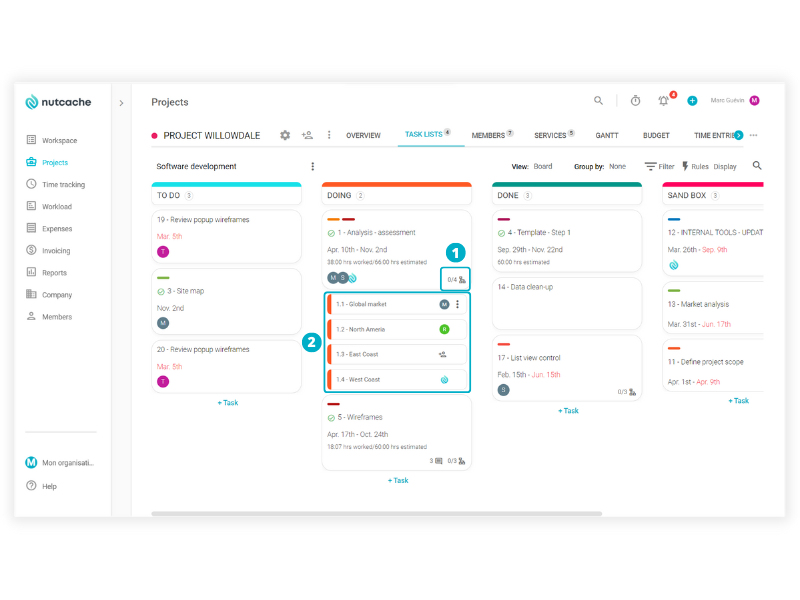 In terms of both behavior and functionality, the window that is displayed is a kind of duplicate of the task. Furthermore, the subtask is always linked to the parent task. 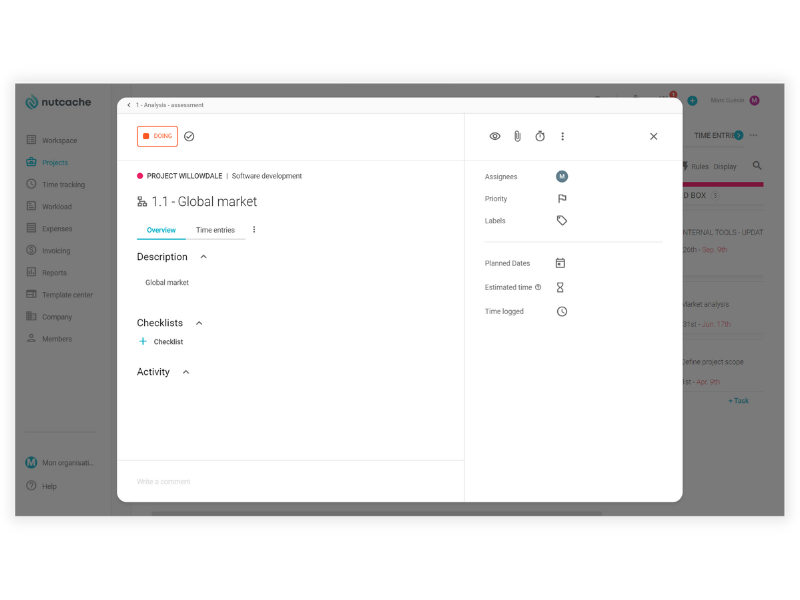 Obviously, some subtask features, such as planned dates, estimated time, or time logged, have a direct impact on the task.

The planned dates and estimated time for a subtask are directly synchronized with the parent task and will display as follow:

NOTE: You cannot create a subtask without first creating a parent task. Furthermore, only one member can be assigned to a subtask. Also, adding subtasks to a subtask is not possible.

To return to the parent task after completing the subtask, simply click the link in the top left of the subtask. 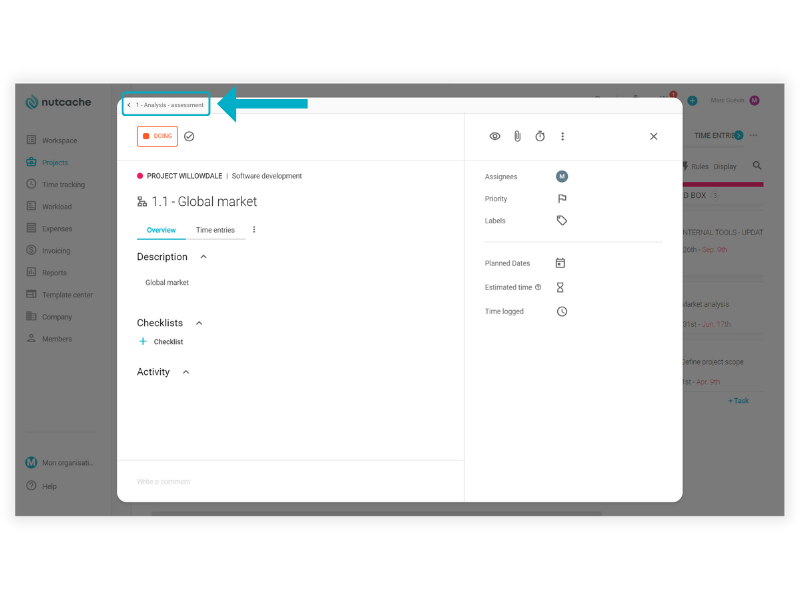 It's important to realize that the new subtasks' status will follow the same workflow as the one in your board (To Do, Doing, Done for example). 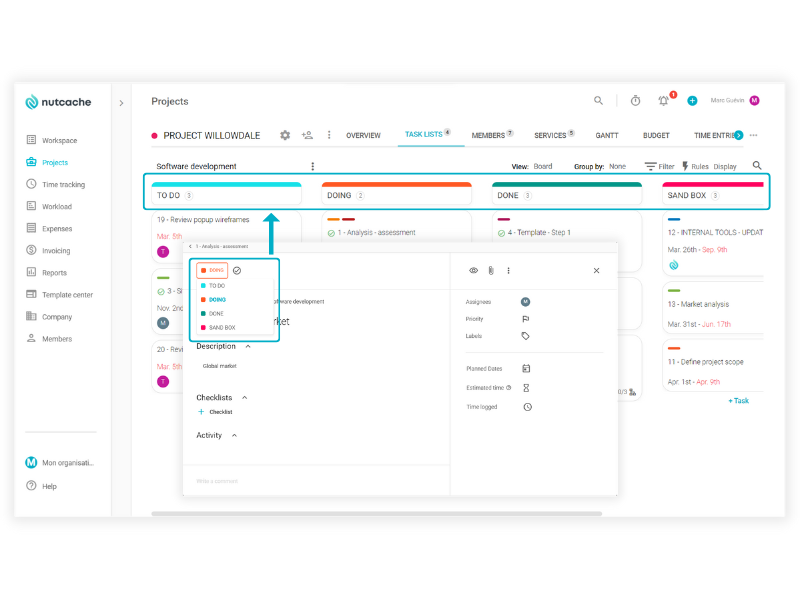 Breaking down complex tasks into smaller, more detailed tasks often provides a better picture of the overall progress of the task and helps each project member understand what part of the whole they are responsible for.

Did this answer your question?