All Collections
Working with tasks
How to automate tasks

How to automate tasks

Learn how to improve your project workflow with automations.

Now you can make Nutcache work for you! With the new automation feature, you are able to set rules in your task lists so that some actions are performed automatically.

How to create new automation rules?

At the right hand side of your task lists, you will see the automation icon. If there aren’t any rules, the icon will be un grey just like the image below.

When you click on that icon, a popup will appear with instructions and fields to be filled. 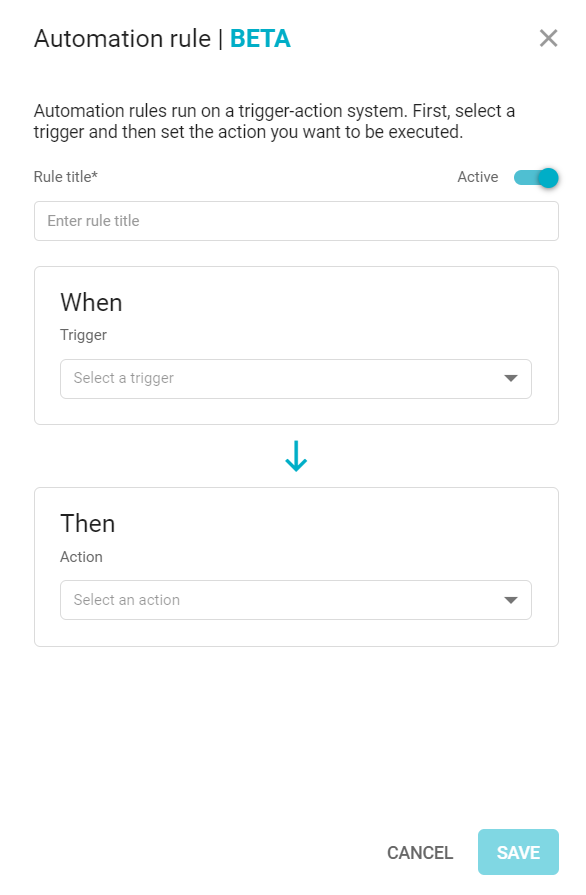 When you fill all the fields, you will be able to click on Save. 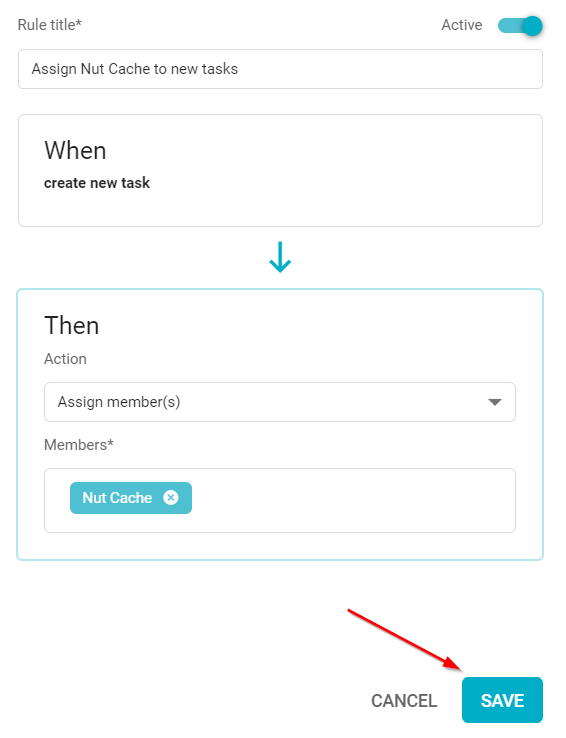 How to manage automation rules?

Clicking on that will open the list of created rules. 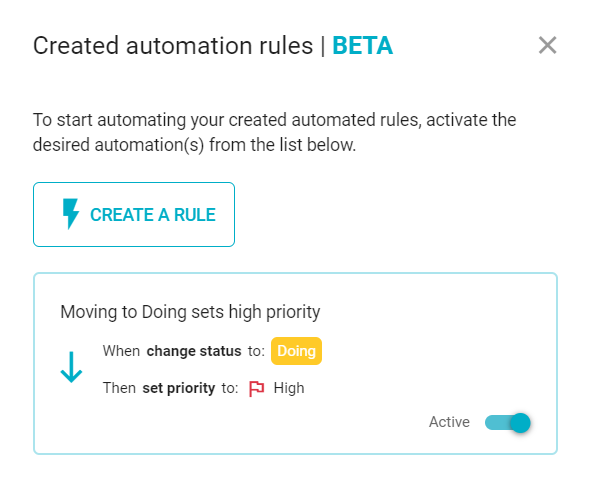 You will see that there is a button to add new rules and that just below there is the list of existing rules. Clicking on an existing rule will open a pop-up so that you can edit it.

What conditions can I create?

You may select from 6 different conditions to trigger each of your rules. 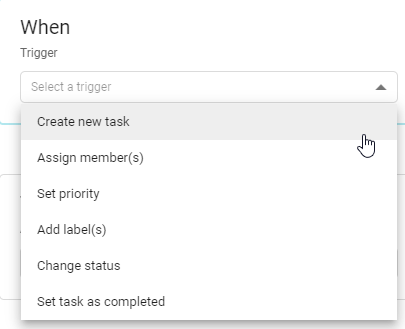 What can be automated?

There are 4 different actions that can be selected to be done automatically when the conditions are met. 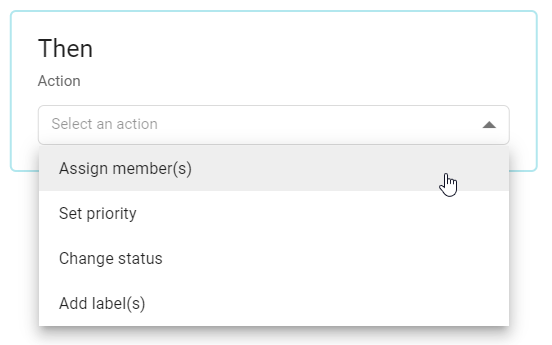 It says there is a loop in my rule. What now?

In some cases you will see this warning in your rules. It happens when the system identifies that there are inconsistencies such as a rule that sets one priority that triggers another rule reverting to the condition of the first one. 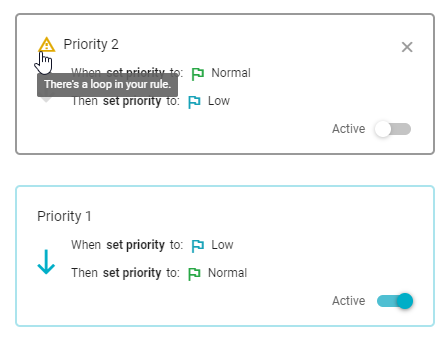 When this happens, the most recent rule that creates a conflict will be deactivated. But don’t worry! You may click on it to edit and make changes so that the rule works properly and then you can activate it again.

Are the rules set for the whole company?

The automation rules apply only for the task lists in where they are created. That means that if you create a rule in a task list, then create another task list in the same projects, those rules do not apply. Do not worry about automated actions where you have not set them.

How do I keep track of the automated actions?

Actions that take place according to the rules you have set are shown in the Activity tab of your tasks as having been performed by Nutcache and start with Automation in the log.

Did this answer your question?