All Collections
Integrations
How to use Nutcache + Zapier integration

How to use Nutcache + Zapier integration

Zapier is a tool for creating automations between different web applications. By automating otherwise manual tasks, it helps increase productivity by saving time through automation of recurring tasks and business processes.

Zapier is a tool that allows you to link Nutcache to other apps and automate workflows to extend the capabilities of your favorite app.

You can enable the Nutcache-Zapier connector by signing up for a Zapier account. By developing a Zap, you can combine Nutcache with any of the hundreds of accessible applications. When a Zap's rules (triggers) are met in 'App A,' the required action is performed automatically in 'App B.'

A Zap is the name given to a Zapier-connected action. Each Zap is made up of Triggers and Actions. A Trigger is the initial step of an event that passes data to the Action app.

To integrate Nutcache with another app you'll require the following:

How to integrate an app with Nutcache using Zapier?

When making the Zap, you can decide whether you want Nutcache to be the trigger app or the action app. In either case, you'll need to connect your Nutcache account to Zapier.

The Nutcache-Zapier integration's initial version only allows for the creation of triggers. Actions will be added in a future Nutcache update.

Creating a Zap with Nutcache as the trigger

To make a Zap with Nutcache, you'll need to login to Zapier. From the home page, click the "Create Zap" button.

After that, you'll be taken to the Zap configuration page. This is the page where you will configure the zap's trigger and action. To keep track of your Zap, we recommend giving it a name.

Step 1: Set up the trigger (Nutcache)

The first step of any Zap is to set up a trigger. In this case, we would like Nutcache to trigger an action (sending an email for example) so Nutcache would be considered the trigger app. 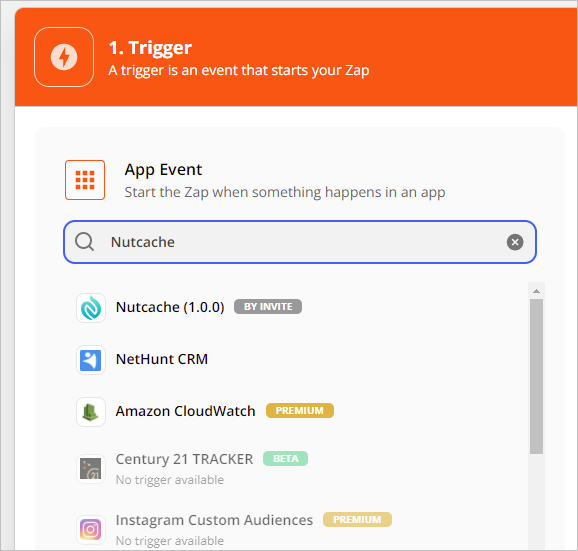 After selecting Nutcache as the trigger app, you will be prompted to choose the specific conditions (event) for activating the trigger. n this case, we want the Zap to run whenever a new project is created. 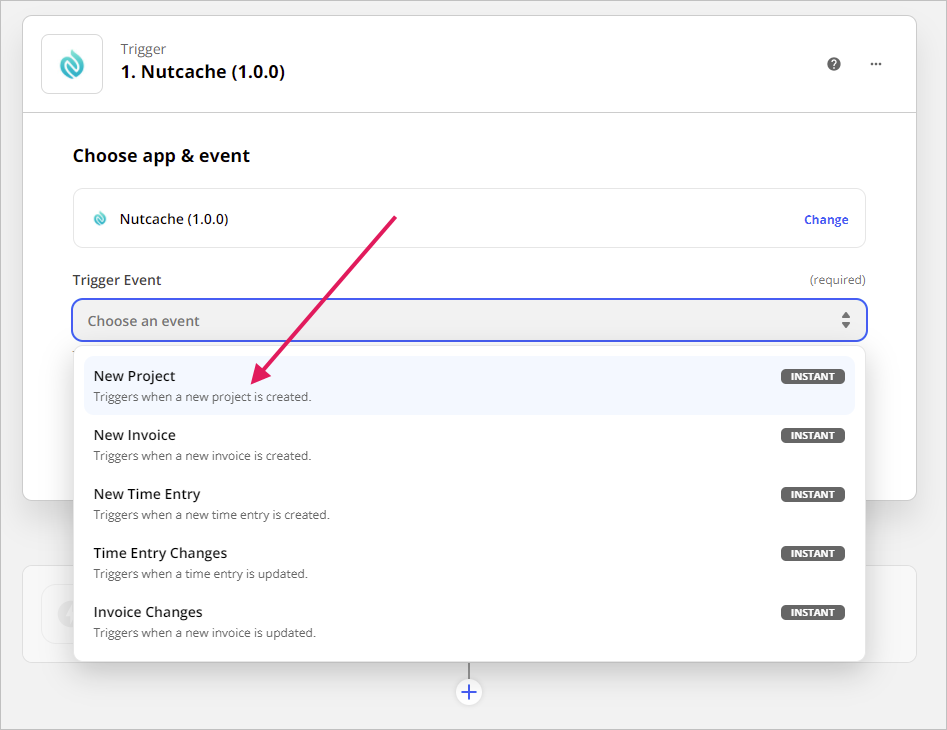 The first time you create a Zap, you will need to log in to your Nutcache account: 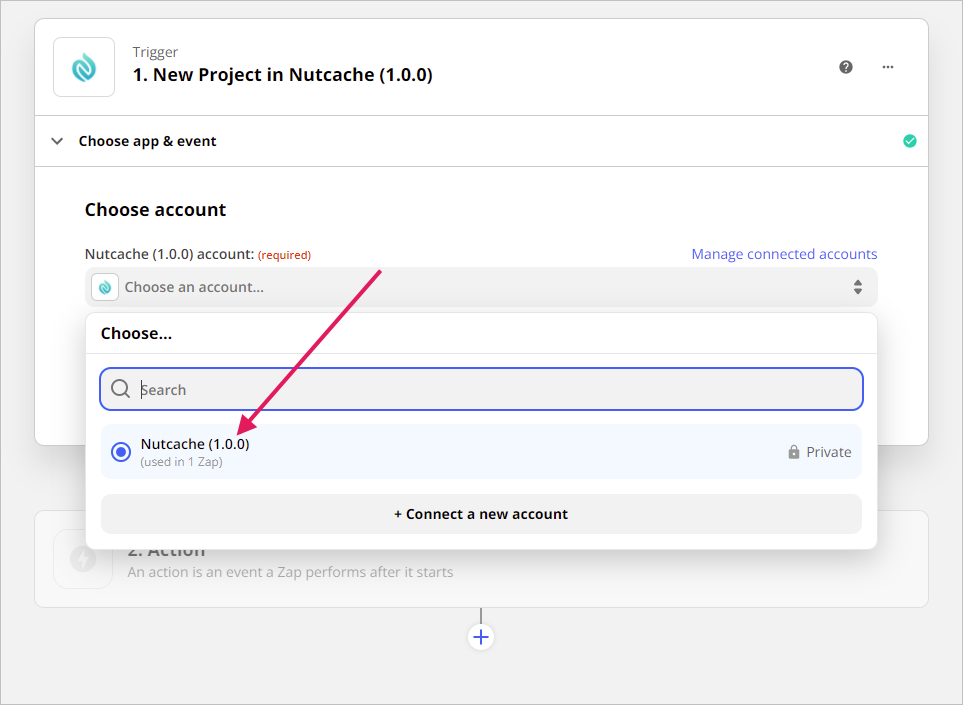 After selecting your Nutcache account, you will need to choose which Nutcache company (organization) you want to use: 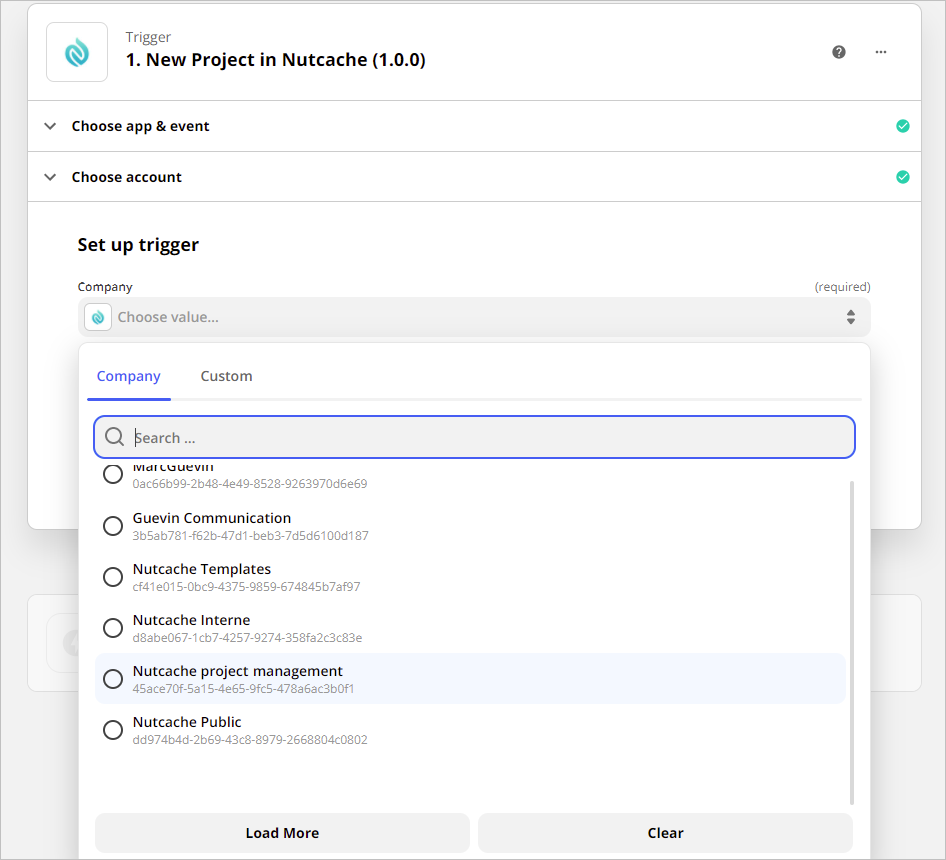 Zapier will ask you to test your trigger as the final step of the first phase. If everything goes well, you'll be directed to the next phase in your Zap. 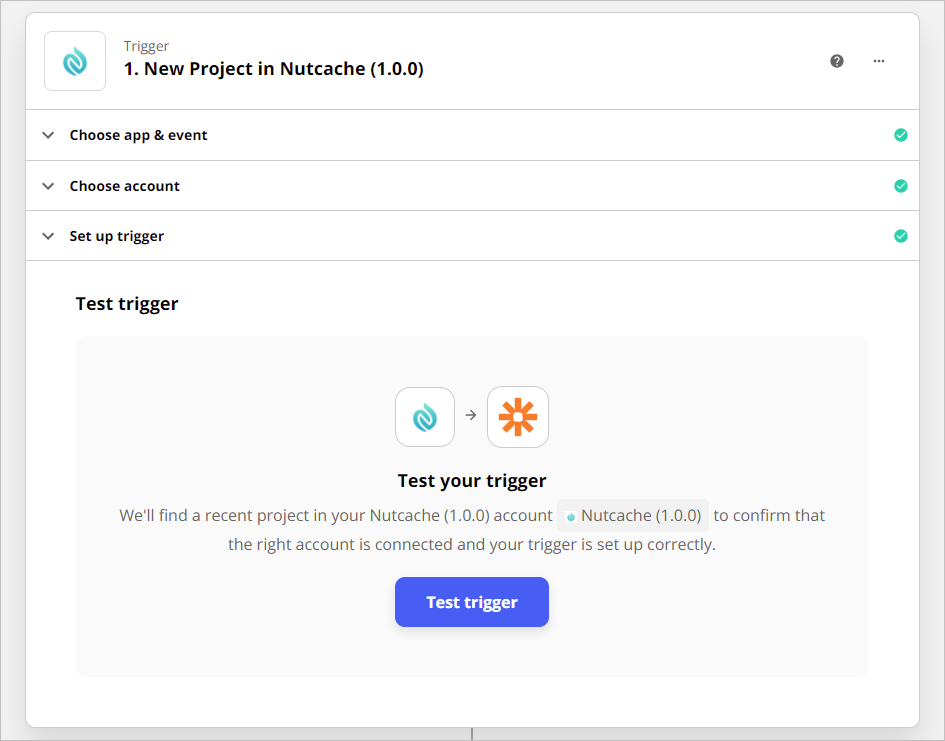 Step 2: Set up the action 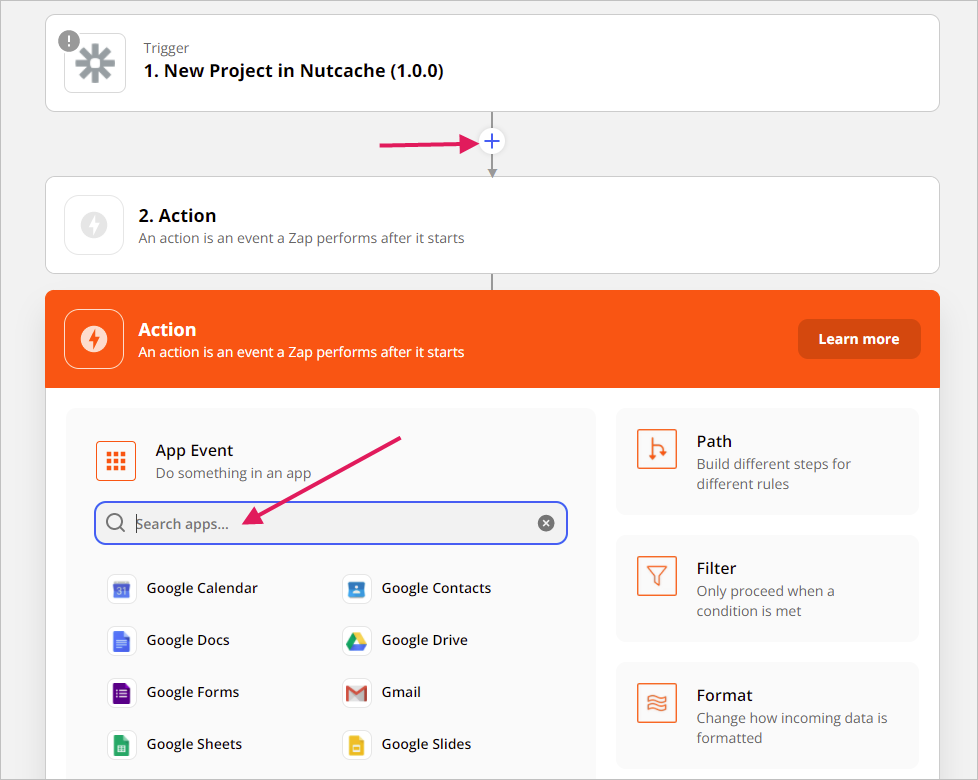 Simply follow the on-screen instructions after selecting your action app.

GO GIVE IT A TRY ON ZAPIER!
Did this answer your question?